We had a great day filming for The Bleacher Report.  The Pooch Coach was asked to help Golden State Warriors NBA Star Klay Thompson train his dog Rocco.   The dog training went really well.   Klay said he learned some really helpful advice on how to better manage Rocco.  Here is some behind the scenes info & pics from the Klay Thompson Dog Training shoot as well as the video itself.

At the end of a successful dog training session. 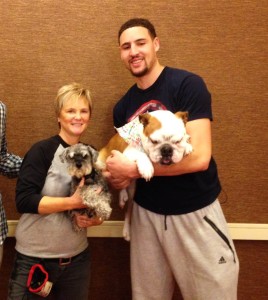 Klay was a super nice guy, and he was eager to learn more about being a good dog parent.

Klay mostly wanted help getting his dog to drop a frisbee after he fetched it.  Rocco likes to play tug instead.  The Pooch Coach showed him how to teach “drop it” to Rocco and to make sure he showed Rocco he seriously wanted to take the frisbee and was not playing.  The show aired in May 2016 on the the Bleacher report.

Here’s the video (we come in at 16 secs and AGAIN at 1 min 33 secs, so make sure you watch for both tips The Pooch Coach shows Klay!)… And check out behind the scenes pics below.

to see Klay Thompson get schooled.

Scroll to the bottom to watch EXCLUSIVE footage of the complete, unedited interview!

Here are some pics of our day together.

Kompis relaxing on the couch in the interview suite while we were waiting for Klay to arrive. 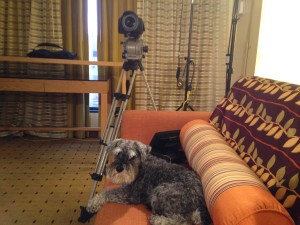 Kompis waiting for shoot to begin

They asked me to sit in for Klay to get the lighting correct.  I tried to explain that I was a little shorter than him.  So they had me sit on a big pillow. 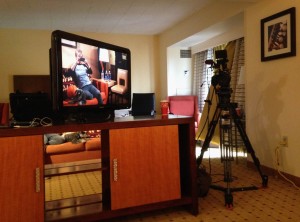 They had ME sit in for Klay Thompson! LOL

Then we went down to the training room.  Kompis immediately took to the bed they got for Rocco. 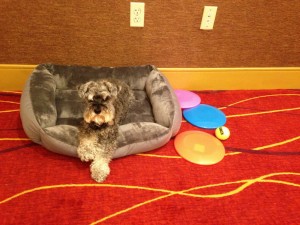 Kompis made herself comfy in Rocco’s bed

After the training, Ric Bucher interviewed Klay to see how he liked the training and asked some basketball related questions, too. 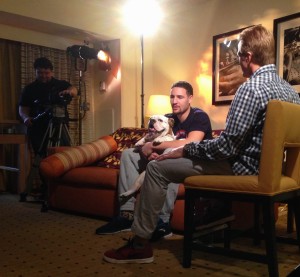 Aren’t they ADORABLE?  Rocco is a snuggle bunny! 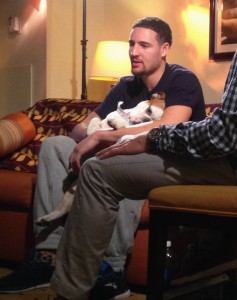 Klay Thompson and his dog Rocco during the interview

Here’s what happened during the dog training session. 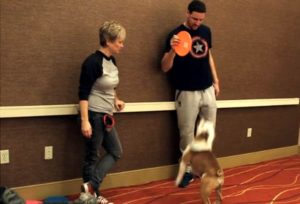 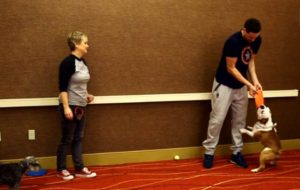 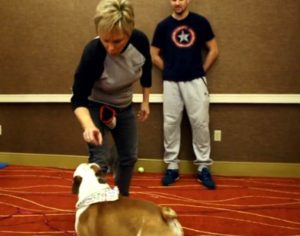 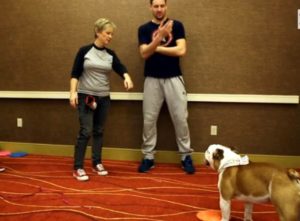 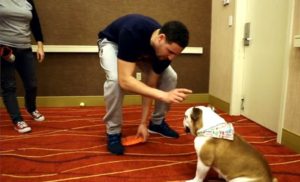 Here is another final shot with the host, Ric Bucher, Klay Thompson, and The Pooch Coach with our pups. 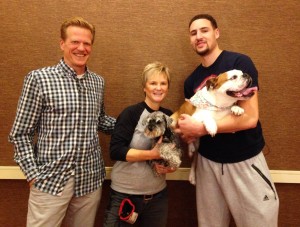