Dogs can be Prey for Owls

DOGS CAN BE PREY FOR OWLS 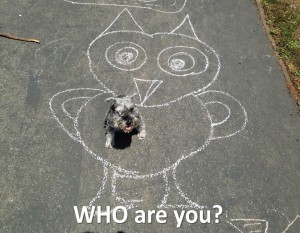 Did you know that dogs can be prey for owls?

I recently had a client here in the Bay Area whose little poodle was picked up by an owl in their yard, and luckily dropped a few seconds later.

Here are some tips:

Which birds of prey soar above your neighborhood depends on where you live. In the Phoenix area and throughout most of the Southwest, the red-tailed and Harris’ hawks and the great horned owl pose the biggest threats to small dogs (weighing less than 20 pounds) and cats. The hawks hunt rodents and ground-dwelling prey during the day, while the owl comes out during low light and at night to catch ground-dwelling and flying animals.

Unfortunately domestic cats make up a significant portion of the great horned owl’s diet in this area. Hawks and owls pose a year-round threat in the Southwest, one that only increases from September through April when northern birds of prey take up residence.

1. Provide additional protection
Many of the actions you take to protect your dog against coyotes will carry over to birds of prey. Adding a roof to an outside kennel or otherwise providing secure shelter in your backyard remains key to keeping your pet safe; if the hawk or owl can’t see your dog, he or she doesn’t exist as prey. My parents have the perfect setup at their home, a spacious covered patio enclosed by a pool gate. Dolly and Spot can safely nap the afternoon away there, and they regularly do. Also, trim dead branches from trees to eliminate places to perch or nest.

2. Know how to handle an encounter
If a hawk or owl does show up in your yard, bring your dog inside if necessary, then scare the bird off; the beam of a flashlight will send a great horned owl flying. If a bird of prey builds a nest in your yard, keep your dog away until the babies leave, then remove the nest; removing one that contains eggs or nestlings violates state and federal laws, as does harming birds of prey in general.

3. Educate your neighbors
It takes a neighborhood to ward off predators. “If you’re doing everything right, but your neighbor is doing everything wrong, you’re going to have conflicts with wildlife,” Aikens says. He stresses the importance of educating newcomers to an area, as they may not fully understand the threat. And while you won’t likely convince a bird-loving neighbor to take down her feeders, you can take action if a coyote gets too comfortable due to a neighbor’s actions.